Counterfeit refrigerant and contaminated refrigerants have existed for quite some time, in many cases being illegally imported from China. Several years back there were reports of explosions in refrigerated shipping containers using fake refrigerant. Some of those incidents resulted in fatalities.

As reported by Cooling Post, these fake refrigerant ?cocktails? have been found to contain high levels of methyl chloride and other chemicals that can cause dangerous and expensive results when used in your air conditioning system.

What are the risks posed by counterfeit refrigerants?

POOR PERFORMANCE
At the very least, a counterfeit refrigerant with unknown ingredients can impair the operation of your system and decrease its effectiveness. You may also notice increases in your utility bills due as the system runs longer trying to cool your space.

SYSTEM DAMAGE
If the counterfeit refrigerant is introduced into your air conditioning system during a repair, you?re going to end up with more repair bills. The ?unlabeled? chemicals like methyl chloride will cause corrosive damage to your system over time, causing leaks and even compressor failure leading to system breakdowns.

FIRES AND EXPLOSIONS
When the chemicals in the counterfeit refrigerant mix with the genuine refrigerant already in your system, the result can be catastrophic. According to ACHRNews, the resulting chemical mix produces ?highly reactive and/or toxic compounds. Exposure of the system?s contents to air and/or moisture could result in the production of a strong acid and violent chemical reaction.? That was the cause of the shipping container explosions mentioned earlier.

Cosmos anti-counterfeiting service is all about combating such dangerous fake products, and now you can help us with that too. Contact us with any information to help us in fighting counterfeits. 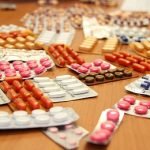